In a situation where Iranian elites and experts are quarrelling over whether oil is a “blessing” or “curse”, and under the circumstances that the new Iranian oil contract model is translated as “dependence”, “inattention to domestic capabilities”, and “plunder”, our tiny neighbor Qatar is busy extracting gas from the joint South Pars gas field relying on foreign investment and expertise.

Based on statistics, Qatar is producing 650 million cubic meters of gas per day from its section of the field, which is called the North Dome in Qatar and South Pars in Iran.

Iran is producing 430 million cubic meters of gas from the field, meaning a 6 to 10 share compared to Qatar. Some resources say the share is 5 to 10.

But, this is not the whole story. Iran’s developmental plans are being implemented under the government’s special attention. Therefore, Iran will be gradually getting closer to Qatar once the remaining phases of the South Pars are inaugurated.

In the current year, the focus is on phases 15-16 and 17-18. Iranian officials have said that all the phases will come on stream over the next two years provided that required financial resources are met. This issue may raise Iran’s production to 770 million cubic meters per day.

This should be noted that Qatar started producing gas from the field 11 years prior to Iran and took some 214 billion cubic meters of gas during the period until 2002.

In response to Iran, Qatar has also launched its own plans to speed up and boost production.

If that 11-year period is added, the Qatar to Iran production ratio will be 2 to 1.

In general, Iran’s annual production is about 5 billion cubic meters less than Qatar’s. But, the routes for exports and the types of products lead to a notable difference in incomes, export destinations, customers, and target markets.

It should be noted that since 2002, we have been witnessing fluctuations in extraction of gas by the two countries. For example, in the second and third years of production, a speedy trend was seen by Iran, so that its share of production was 47 percent.

Some 99 percent of Qatar’s gas production is related to this gas field and Iran’s share is 45-55 percent. Official statistics put the figure at 55 percent (some 430 million cubic meters per day), although this cannot be considered as a fixed sum for a year due to some reasons.

Italy’s ENI has recently reported that Iran’s gas production rose by seven percent in 2014, outpacing Qatar, and became the world’s third gas producers next to the U.S. and Russia.

Under the current conditions and with the hope for a lifting of sanctions, the Oil Ministry needs support of all the executive and legal bodies to finance the South Pars gas field projects. 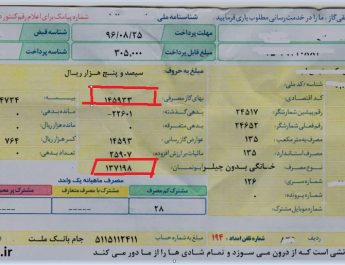